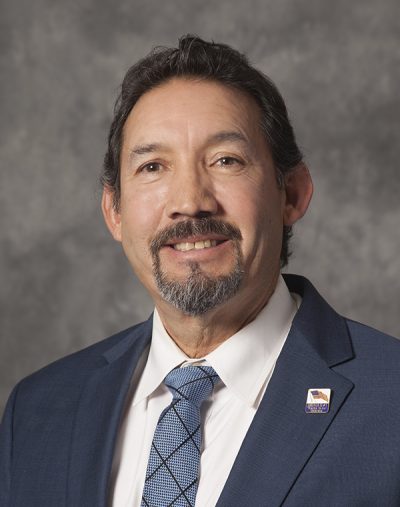 Raul Turrieta began his career in the Grant County Assessor’s office in 1981, immediately after completing two stations of active duty in the United States Navy, having served in Sardinia, Italy on the USS Howard W. Gilmore AS-16 and in San Diego, California on the USS Dixon AS-37, both submarine tenders. At 20 years old, he started as an enumerator, assessing properties throughout Grant County, and was placed on full-time status in 1983. By 1986 Raul had completed his appraisal certification through the International Association of Assessing Officers (IAAO) and has since completed over 350 hours of appraisal courses and continuing education. Mr. Turrieta first served as Grant County Assessor between 1999-2006 and was re-elected in 2014 for a third term, which began on January 1, 2015. With more than 37 years dedicated to the same office and the same community, Mr. Turrieta is committed to informing the public and providing professional, respectful, and exceptional customer service to anyone who interacts with the Assessor’s office.

Raul is a member of both the International Association of Assessing Offices (IAAO) and New Mexico Association of Assessing Officers (NMAAO). He has also been chairman and vice-chairman of the NMAAO for the Assessor’s Affiliate and board member and executive committee board member of the New Mexico Association of Counties (NMAC). Currently, under the NMAC, he is a board member for the Economic Development Infrastructure Policy Committee (EDIPC) and Native American Policy Committee (NAP). These positions and appointments are reflective of Raul’s deep involvement in the legislative process on behalf of the Assessor’s Affiliate for the last 32 plus years.

When not out and about engaging the community and enjoying an endless calendar of events, Mr. Turrieta, a 3rd generation native New Mexican, can be found at home on Sanctuary Road with his wife of 12 years, Billie G. Turrieta. Raul is the father of his late son Raul S. Turrieta III and daughter, Serina Turrieta, who is attending New Mexico State Univerity’s College of Arts and Sciences as a Music Education major.

The Mission and goal of the Assessor’s Office is to provide a well-managed office that will serve the public with expert, qualified staff that will result in: