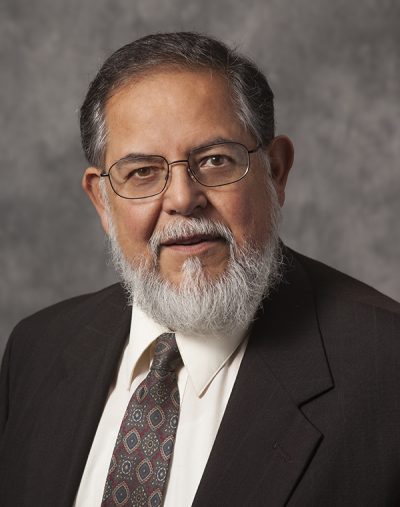 Mission of the County Treasurer

To provide the taxpayers of Grant County the most current and accurate information about their property taxes, so they may meet their obligation of paying their taxes in a timely manner. Providing personal and professional service to each and every taxpayer in a fashion and atmosphere that they deserve and have come to expect.

Welcome to the Office of the Grant County Treasurer

The Treasurer serves as the tax collector for Grant County, the State of New Mexico and numerous other tax authorities within the County of Grant. The Treasurer’s Office takes the assessed property valuations, provided by the Assessor’s Office, and multiplies that by the tax rate established by the State of New Mexico Department of Finance and Administration to calculate the amount of taxes due. The Treasurer’s Office collects and disburses tax collections to the appropriate government agencies and receipts, deposits and, where appropriate, invests available revenues for the County of Grant until they are needed. The Treasurer’s Office keeps books and records of county funds pertaining to the office ready for inspection by the auditors for the Board of County Commissioners and the State Department of Finance and Administration.

As the “banker” for the County, the Treasurer’s Office is also responsible for collecting money due to other County departments, including fees for services, licenses and revenues from bond issues and special assessments. The Treasurer invests surplus monies until they are needed for County operations, and is an important source of service and information for County residents.

We are here to help Grant County on a person-to- person basis. Do you have a question? Give us a call!

We are here to help!

To Pay By Phone

Steve Armendariz began his working career on July 3, 1965 at Bailey’s Food Market in Bayard when a couple of the younger employees decided they would rather go to the Gila River with their girlfriends than go to work. Finding himself short-handed, store manager Gavino Armendariz called upon his son to come in and help box and carry out customers’ groceries and place them in their cars and trucks. Steve worked after school and Saturdays while going to Cobre High School and Western New Mexico University.

Upon graduation from Western in 1972, Steve got his draft notice from Uncle Sam. SFC Ernest Edmonds and his wife lived in Hurley and shopped at Bailey’s. SFC Edmonds was the local Army recruiter and stopped by Bailey’s to talk to Steve about a Unit of Choice and Station of Choice enlistment option that the 3 rd Armored Cavalry had going on at Biggs Field and Fort Bliss, TX for qualified enlistees. This option enabled Steve to serve in the Army during the week and return to Bayard to work at Bailey’s on Saturdays and Sunday mornings.

Steve’s dedication to the business was acknowledged by Bailey’s owners, Roy Bailey, Mildred Wright (Mr. Bailey’s daughter) and Gavino Armendariz. Upon Steve’s discharge from the Army he was allowed to buy into the business. Steve and his Dad eventually acquired the business from the Bailey family as well as the Bayard Shopping Center from Mr. LA Patten. They expanded the parking area for the Bayard Shopping Center, opened and closed a second location in Silver City, and on July 1, 2000 sold Bailey’s Food Market and the Bayard Shopping Center, now known as Bayard Food Basket. Steve then worked for SIGRID as a business advisor through the Small Business Development Center, traveling to Hidalgo and Luna counties to assist with business planning and other economic development projects.

When the SIROLI project was introduced to the communities by Governor Bill Richardson’s Economic Development Department, Steve was selected to become the facilitator for the program. In 18 months of the programs existance, 13 businesses were opened, improved and/or expanded. Three years after the close of the SIROLI program, only one of those businesses had closed its business. When continued funding for the SIROLI program was in question, Steve was hired by the Sixth Judicial District Court as a Financial Specialist. (The fiscal agent later “found” $86,000.00 unexpended funds belonging to the SIROLI program).The District Court position was located in Lordsburg and Steve traveled there daily to perform his duties. When the District Administrator requested assistance from the finance department in the budget process and statistical reporting, Steve’s analytical skills caught the attention of the Chief Justice as well as that of the Court Administrator. Steve’s job duties were arranged to accommodate more of the needs of the Court Administrator and Justices, while maintaining some basic services in Lordsburg.

Steve was recruited to fill the Chief Deputy Treasurer’s position in December 2009. Steve worked with the Treasurer and the staff of the Treasurer’s office in implementing the conversion processes and procedures for the Tyler Eagle Treasurer system as well as working with the County Manager to integrate the INCODE VX financial and accounting system with Tyler uploads and basic accounting records. Steve was instrumental in creating and passing the County’s Investment Policy Ordinance in 2011. Steve completed the New Mexico Certified Treasury Official program in June 2012.Steve held the Chief Deputy position through Dec 2012. In November 2012, Steve was elected to the office of Grant County Treasurer for the term Jan 2013 thru Dec 2016. The Manufactured Home Movement Certificate and Tax Release Ordinance was created and passed in 2013. Working with the County Manager and the County Auditors, the two systems that were in place, Eagle Treasurer and INCODE VX were brought into sync to the auditor’s satisfaction for fiscal year ended 30 June 2013. All audit reports pertaining to the Treasurer’s office have since had no findings that needed to be reported to the New Mexico State Auditor’s Office. One of Steve’s goals is to have the entire office staff become Certified Treasury Officials through New Mexico Association of Counties’ NMEdge program. In November 2016, Steve was re- elected for his second term Jan 2017 thru Dec 2020. Liz Hernandez and Vangie Gonzales completed their certifications as NM Treasury Officials in Jan 2017.  Chief Deputy Treasurer Veronica Rodriguez is scheduled to complete her New Mexico Certified Treasury Official certification Sep 2019.  The Treasurer’s Office collects & disburses tax collections to the appropriate government agencies and receipts, deposits and where appropriate invests available revenues for the County of Grant. The Treasurer’s office keeps books and records of county funds pertaining to the office ready for inspection by the auditor for the Board of County Commissioners and the State Department of Finance and Administration.

Steve credits the staff; Chief Deputy Veronica Rodriguez, Liz Hernandez, and Vangie Gonzales for the smooth day to day operations. Their attention to details and genuine concern for the taxpayers of Grant County creates an atmosphere of Caring and Respect. They go above and beyond the normal “call of duty” and go the extra mile in providing the most accurate, courteous & professional services to everyone that contacts the Treasurer’s office; whether in person, over the phone or via computer systems. Sometimes it means just directing a person to the appropriate person in another department. The Treasurer’s office stands ready, willing and able to serve whomever requests their services. WELCOME!